A Call to Endure It’s an interesting time to be a Christian these days, what with all the social media noise about apostasy and high profile Christians suddenly and publicly stating their “falling away” from the faith. We’re not openly declaring that it is an age of apostasy — no Christian with a right heart would ever want that — but societal conditions and the current problems of evangelical churches in putting the priority on preaching the Gospel has made it a lot easier for those who initially professed to be Christians to suddenly leave the church and their faith behind.

Should we really be surprised at this, though? The apostle Paul warned Timothy that this time would come, when people would set aside sound teaching but will choose to listen to teachers and ideas that “suit their own passions” (2 Timothy 4:3) which obviously will lead them to a very wrong path — one that leads to destruction.

That time has arrived, brothers and sisters, and it has been with us for a while. It’s just that in the last 3 years or so, the height of humanity’s insatiable desire to be acknowledged is now coupled with the power and ubiquity of social media platforms. This combination encourages a lot of people to have their own definitions of God and the Bible. Worse still, they now have the platforms from which they shout their new “truths” to anybody who would care to listen.

These new desires and standards have also spilled over from general society and popular culture right into the church. People now want to be able to define who God is not by what the Bible says, but by what their hearts want and tell them to be true. We even want to interpret the Bible now according to what is relevant and socially acceptable.

Such an acceptance of relevant social ideas into mainstream Christianity is producing an explosion of churches who will care less for what God’s Word says and more for how they can specifically cater to parishioners’ “needs”. It is also producing a glut of pastors and church leaders who will preach “feel good” messages focused on self-improvement and “making life better”, while totally bypassing preaching the Gospel.

What is to be our response in times like these? Not despair, says the apostle Paul, but endurance. Not complacency, but awareness.

In 2 Timothy 3:14, Paul advises Timothy to “continue in what you have learned and firmly believed”. This is the Gospel that Paul preached to Timothy and has commissioned his disciple to preach the same Gospel to the people after him (2 Timothy 2:2).

When people around you would ask you to believe in newer, “more relevant” ideas and “truths”, Paul is encouraging us — by way of his encouragement to Timothy — to remain rooted in the Gospel, because this Gospel is “able to make you wise for salvation”. For Paul, the biggest truth that you can hold on to is the same Gospel that saved you.

He goes on to encourage Timothy to endure in Gospel-centered ministry — which is, a ministry centered on the Scriptures alone — because these are the very words of God and are useful for every facet of church ministry (2 Timothy 3:16).

It is therefore wise and essential for a Christian to know the Gospel so that he/she can endure these times when the validity of the Bible and the relevance of the church is being questioned. Not knowing the Gospel will put you in a very dangerous place, where you could be easily swayed by newer ideas and more “relevant” things, and in the process you forget the strength and power of the Gospel of Christ.

A Conference on Endurance and Faithfulness

As iDISCIPLE Philippines continues in its desire to serve the local churches in the country, we have prayed for this year’s conference to be an encouragement to Filipino Christians to endure and be faithful to the Gospel.

We realize that society and technology is making it easy for people to be engulfed by new ideologies and interpretations of God’s Word that claim to be more relevant and socially acceptable. In this day and age, we would like to serve the Church by preaching the Gospel of Christ as declared in his Word.

We believe that nothing else has the power to save us from our sin. But more than that, we believe that a deep knowledge the Gospel and a commitment to suffering for Christ is the only way we can faithfully endure in these times.

For sure, it will be difficult — the Bible makes that abundantly clear. But our hope and our prize is Christ himself, and nothing this world can give would even compare to that.

We invite you to Enduring Faithfulness, this year’s iDISCIPLE Younger Leaders Conference. Prepare to take in 3 days’ worth of Gospel-centered preaching from the 7 scheduled plenaries. There is even a pre-conference session and a good selection of equipping workshops to help you in your church ministries and even just for personal edification.

The conference will be from December 26 to 28, at the Philippine Baptist Theological Seminary in Baguio City. 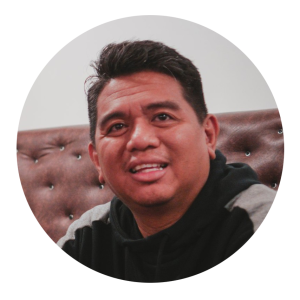 John serves as Lead Pastor at Redeemer Christian Church Manila, a new church plant in the city of Manila that grew out of the desire to preach the Gospel clearly to the city. RCCM ministers mostly to college students, a growing group of young professionals, and young adults with new families. John is married to Kali, and they have been together for over 10 years now. They are both passionate about disciple-making and Gospel-centered ministry, and they both serve in the iDISCIPLE Philippines directional team together. John is currently on leave from seminary, but he plans to eventually finish his program of Master in Divinity in Pastoral Studies. John also does part-time freelance work writing content for websites, marketing materials, and various online writing jobs. 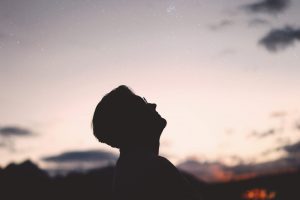 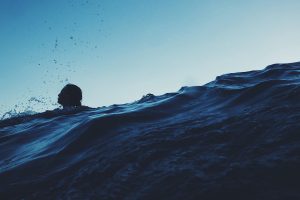 What if it doesn’t get better? 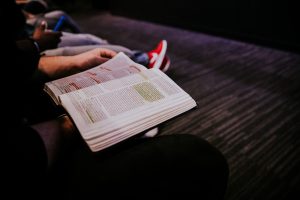 Do Not Hate Good Theology Biblical Theology in the Philippines

Making gospel-centered
disciples of all nations